This morning it was time for the annual snow trek to Logan Peak. The run begins and ends at the old quarry half way up Providence Canyon. Participants this year were Ron Stagg, Leland Barker, Scott Datwyler, and myself. 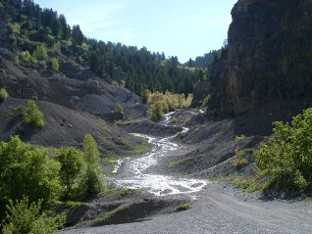 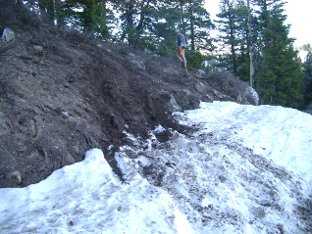 As we headed east up Providence Canyon at 6:30 AM, the creek was flowing over the entire jeep road. Clearly the snow is melting fast! About half a mile further up the road, we hit snow, which continued to the top of the canyon. Although temperatures were in the high forties, the snow in the canyon bottom was good and firm. About halfway up the remainder of the canyon, we encountered a place where an ATV had recently been ‘mudding’ the side of the canyon. I shot a couple of photos to document this for the Forest Service and the Bear River Watershed Council.

Just below the top of the canyon, we turned north and began the steep slog up to Horse Ridge south of Providence Peak. Most of this south-facing slope was free of snow. Halfway up, we noticed fresh ATV tracks on the old jeep road that was closed to motorized traffic several years ago by the Forest Service. Shortly thereafter we also found a place where the Forest Service trail closure signs had been torn down. Near Horse Ridge we hit snow again, The snow field was firm but a little soft on top—good conditions for running. We followed the snow field for a mile or so up and over Providence Peak and on to Logan Peak. 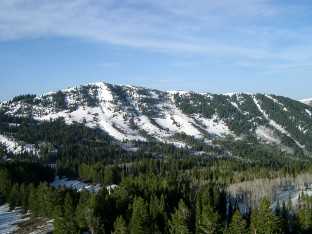 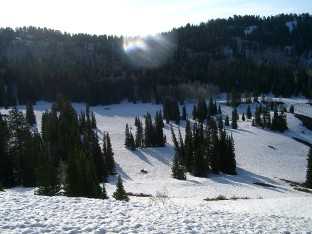 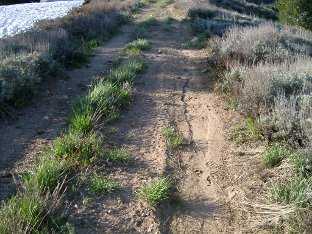 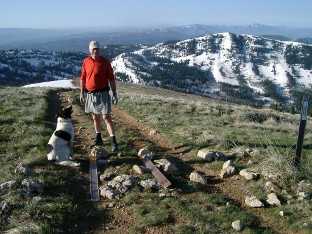 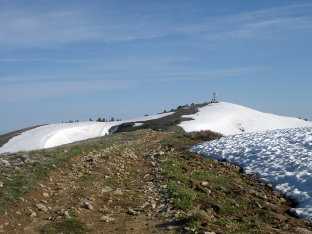 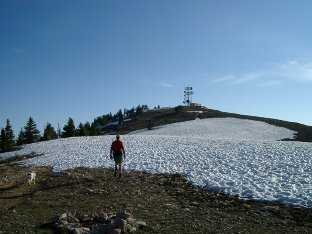 There is probably 3 to 4 feet of packed snow on Logan Peak, and lots of snow remains east of the peak all the way down to the warming hut. The views from the peak were spectacular in all directions.

After briefly enjoying the scenery, we headed down the snow field along the ridge that goes west from Logan Peak. This ridge forms the southern border of Logan Dry Canyon, and we got some good views of the canyon. The snow field continues for about two miles, and the lower part of the snow field gets steep enough for some nice glissading just before reaching the saddle between Little Baldy and Temple Baldy. 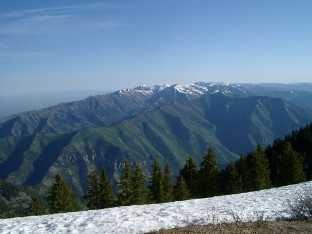 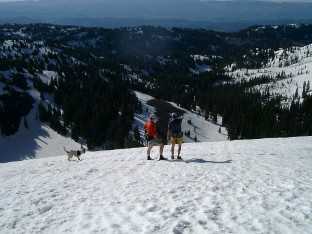 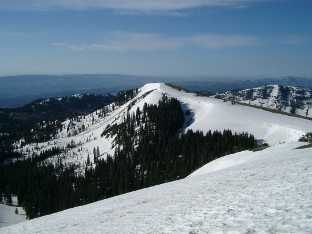 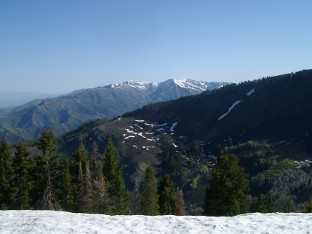 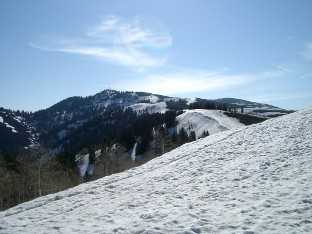 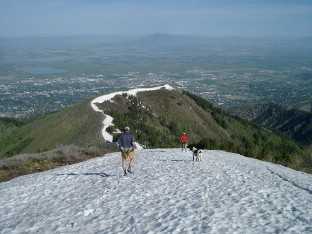 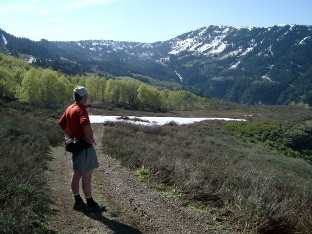 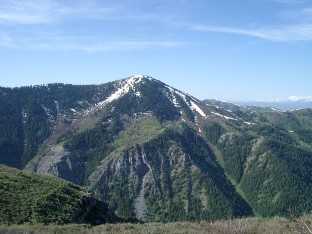 Total time for the trip was about three and a half hours. The distance is roughly 10 miles. The snow seems to be melting about a week earlier than last year. The course should be in good shape for the Logan Peak Trail Run on June 27, but there will definitely be snow on the way up to/at the peak.