Wilderness and Ultrarunning: The Great Divide

With more and more ultramarathon races filling early and with this year’s prominent closure or rerouting of several races held on public land, it is time for us to re-evaluate the relationship between ultrarunning and Wilderness.

Like many ultrarunners I am a strong supporter of wilderness (with a little w). Originally I began running long distances on trails as a way to experience spectacular regions of backcountry and wilderness without having to commit large amounts of time and resources (e.g. backpacking). I suspect many other ultrarunners are the same. Over time I discovered that 50 and 100 mile races made this even easier by safely eliminating the need for extensive route logistics and time-consuming caching of food/water/supplies. 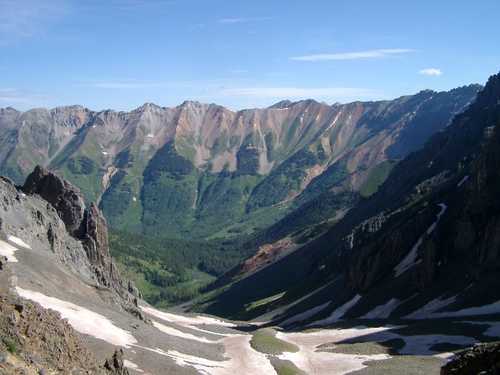 There is typically no problem with non-competitive ultrarunning in National Wilderness, and many of us cherish the time we spend running in National Wilderness areas. I will certainly never forget running rim-to-rim-to-rim in the Grand Canyon or running to Indian Pass and back in the Wind River Range or even my many trips across the Mount Naomi Wilderness (though I sometimes question the wisdom in creating a “Wilderness area” that can be crossed in 2.5 hours). I’m sure many other ultrarunners have similar cherished memories of Wilderness trips.

There has however always been a shaky relationship between ultrarunning races and Wilderness (big W). There are widespread misconceptions that the Wilderness Act of 1964 explicitly excludes organized competion. In fact such exclusions (where they formally exist) are contained in federal agency management plans—NOT in the Wilderness Act itself. The Wilderness Act does explicitly exclude commercial enterprise, but allows commercial services “performed for activities which are proper for realizing the recreational or other wilderness purposes of the areas”. Under this latter aegis, commercial fishing and hunting guides and outfitters providing pack animals are routinely permitted. Mining and grazing of livestock is also explicitly allowed in the Wilderness Act. Arguably therefore, ultramarathon races which are (mostly) not-for-profit events should not be excluded as commercial enterprises.

Other trail users may object to encountering large masses of trail runners in Wilderness areas. Number of race participants could in some situations therefore be a legitimate basis for limiting or even excluding a race. However exclusions based on trail traffic are not apparently applied in any uniform way to other users—especially pack trains organized by outfitters. Moreover, there are ways to structure a race to minimize impacts from the number of users (e.g. staggered starts or race schedules that send most participants through Wilderness areas when there are few or any other Wilderness users).

The Western States 100 (one of ultrarunning’s oldest and most prominent races) was capped at its current level in the 1980s when four miles of the course was converted into National Wilderness. In recent years we have begun to see ever more conflicts between established ultramarathon races and new Wilderness areas. Last year the Hardrock 100 was permanently capped at 140 runners when the Colorado Wilderness Act of 2009 converted part of the Hardrock course to Wilderness. The Timberline Marathon used to attract 400 entrants for a run to and from Mt. Hood. Last year it had to choose a completely different course at lower elevation (attracting many fewer entrants) after designation of Wilderness on part of Mt. Hood. (See also Bryon Powell’s article Racing and Politics.)

Ultrarunners (particularly 100 mile runners) provide a significant portion of all volunteer hours spent developing and maintaining trails both within and leading to wilderness areas. Without these efforts, many of the trails in existing and proposed Wilderness would not exist as we know them today. Until now, many ultrarunners have also supported Wilderness legislation. Nevertheless many backers of Wilderness legislation seem to feel no obligation to explicitly grandfather ultrarunning race activities in Wilderness areas. This attitude is deeply troubling. If it persists, we ultrarunners may have little choice but to (VERY PUBLICLY) oppose future Wilderness designations.

The capping of races due to Wilderness designation also poses new issues for race management when some kind of lottery is employed for selecting race participants. It is common for races to use lottery weighting schemes that give preference to entrants who have run the race previously or run the race many times. This makes sense in early years of a race when race organizers are trying to build race loyalty. However such an approach may not be justifiable (or even legal) when a race course includes designated Wilderness. Such courses are no longer simply local or regional races; they are national resources. Federal land managers might not support a race permit if the race puts potential non-local participants at a disadvantage relative to local participants—especially if those non-local participants perform more volunteer service for other races or do more overall work on national trail systems.

There are a number of things we can do as ultrarunners: We need to continue to participate actively in trail development and maintenance. At the same time we need to make sure public land managers and Wilderness supporters know how much we are doing. We also need to make certain that public land managers understand we will not tolerate access and usage rules/decisions which adversely affect us but are not applied uniformly to other land users. We need to make it very clear to Wilderness advocates that we will NOT continue to develop and maintain trails to and within Wilderness (or proposed Wilderness) areas if we do not get more explicit consideration in Wilderness legislation. Finally, the next time some trail work is planned near or within wilderness, we need to openly ask Wilderness advocates “Will we see you working there?”