Of all the runs and races I didn’t get to do this summer, there was none I missed more than the Green Canyon Beirdneau Ridge loop. So with the warm temperatures and very late Fall we are having, Friday seemed like an opportune time to try Green Canyon. The elk hunt had ended on Wednesday, and the regular season deer hunt wouldn’t start until Saturday. I didn’t think snow would be a problem because I had been up at 9000 feet on the Highline trail the previous weekend and encountered only 6 inches or so of snow in very protected locations.

I arrived at the lower King’s Park trailhead with my dog at 10 AM (a later start so that temperatures could warm some). I was able to run almost all the singletrack up to the Green Canyon backcountry trailhead (I must be finally getting my uphill running strength back). Even with our late start, we were able to get on the upper Green Canyon trail well before the hunters packing in early for the deer hunt. At 11 AM, most of the meadow was still heavily frosted, but air temperatures were rising quickly as the sun crested over the ridge. The lighting made the fall colors spectacular, and I stopped to shoot several pictures. 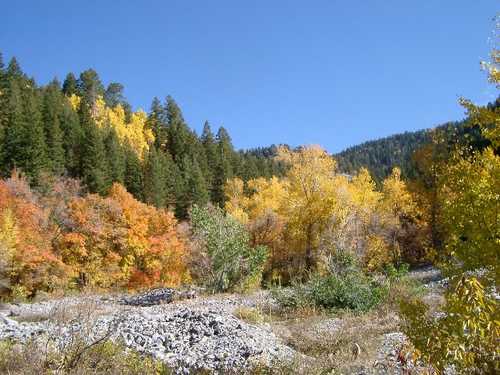 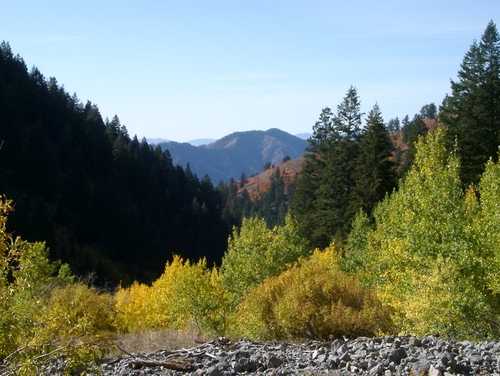 We quickly ascended to the upper spring, and then began the steep slog to the top of the canyon. I decided to try the new trail that switchbacks west of the canyon bottom. The trail is in good condition, but it returns to the canyon bottom about a 1/2 mile from the top and doesn’t really avoid portions of the old trail prone to deadfall. Once we got back onto the old trail along the east side of the canyon, there was a lot of deadfall. Soon we began encountering patches of wet snow interspersed with freeze-thaw mud. I was also beginning to see large quantities of snow higher up. In fact the entire east face of Mt. Jardine had snow!

When we finally reached the trail junction at the top of Green Canyon, there were extensive snow patches—some as deep as 10 inches. We traveled about half way over to Mt. Elmer, but the freeze-thaw mud between snow patches was getting horrendous. We returned to the top of the canyon and took the trail over to Beirdneau Ridge. 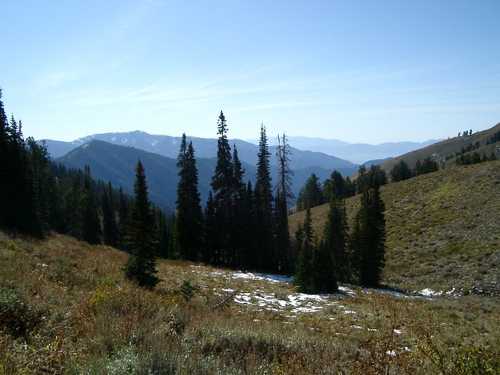 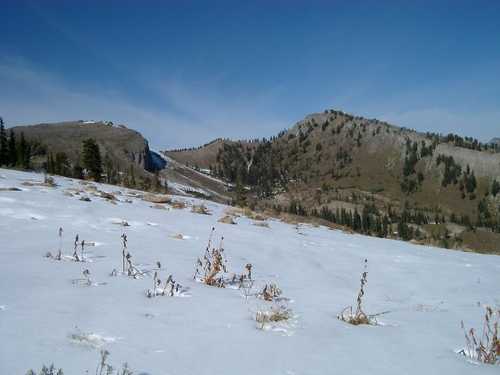 The ridge trail also had extensive snow. Navigation along the ridge is sometimes problematic. In places, the route is little more than a game trail because there is so little traffic. Route finding at the top wasn’t too bad because the trail had a well-defined depression. However I began getting concerned about navigation across the second peak down the ridge. The north face of that peak was obviously very snow-covered, and the trail wanders quite a lot going up and around that second peak.

It began to look like we would have to go back down Green Canyon rather than following the ridge. There is a shortcut trail that leaves Green Canyon about 1/2 mile below the top and connects to the ridge trail just south of the first peak. I began searching for this trail, but with all the snow I simply could not find it. This further cemented my belief that trying to navigate along the ridge with this much snow would be a bad idea. We retraced our steps to the top of Green Canyon and began the descent along the main Green Canyon trail.

It was overall a nice run even though we didn’t get to run the ridge. I’ll be back next summer for the usual loop.