Yesterday morning it was again time for our annual snow trek to Logan Peak. Participants were Scott Datwyler, Ryan Dunkley, Dan Judd, Tyler Shurtleff, and myself. I suggested we run this year in memory of Micah True (aka Caballo Blanco) who passed away while trail running in the Gila Mountain Wilderness a month ago. Many of you will remember Caballo Blanco as the elusive, gringo trail runner of the Mexican Copper Canyon area in Chris McDougall’s bestseller “Born to Run”.

In past years we’ve usually started at the top of the Providence quarry. This year because of the washed out upper Providence Canyon road, we had to start on the new Providence Canyon singletrack trail about a mile below the base of the quarry. When we began running at 5:45 AM, temps were in the low 40s with a low cloud ceiling and a pronounced southerly wind. Conditions improved as the morning wore on.

As we climbed up the canyon above the quarry, we eventually hit snow at about the same point we do every year (this year, however, we went as much as a month earlier than usual). In protected areas, there is still quite a bit of snow, but snow levels are low to nonexistent in very open areas or areas with pronounced southern exposure. Once we hit the main peak ridge, there was good packed snow for runnng, and we only occasionally broke through. At Logan Peak, views were spectacular as usual, but there was a VERY bitter wind. 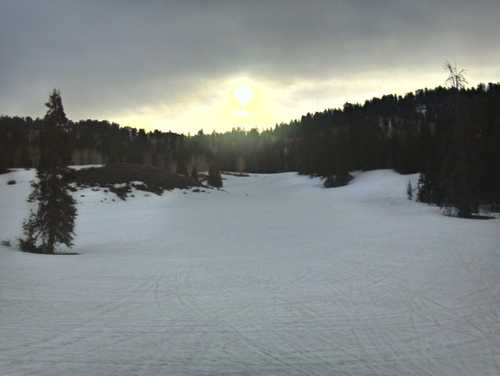 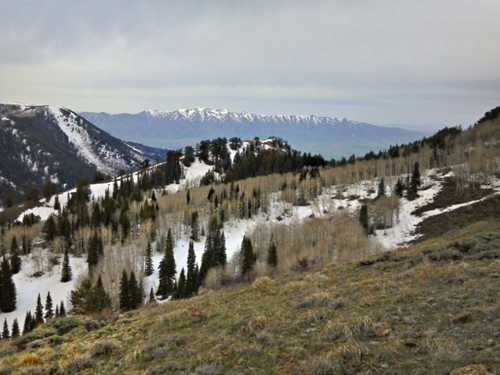 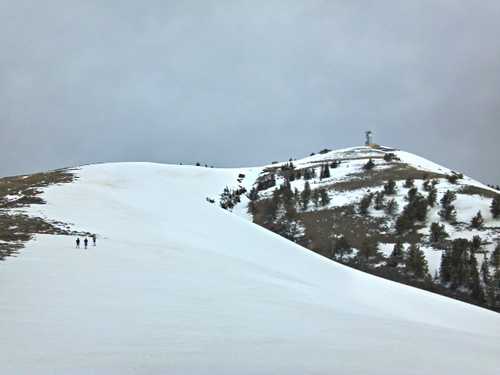 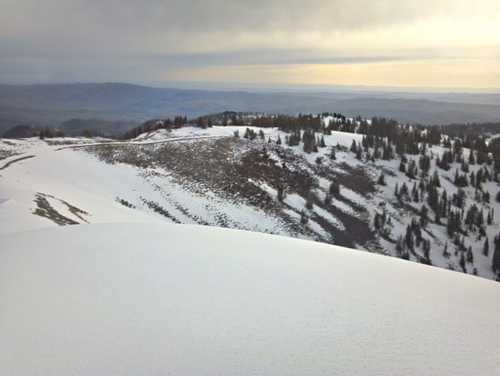 Descending west from Logan Peak along the ridge to Little Baldy and below, the snow was pretty good for running/glissading—though we all had some spectacular falls whenever we hit soft areas. Once we reached the pass between Little Baldy and Temple Baldy, the remainder of the run (South Syncline trail, Welches Flat jeep trail, lower Providence Canyon jeep trail) was mostly free of snow. 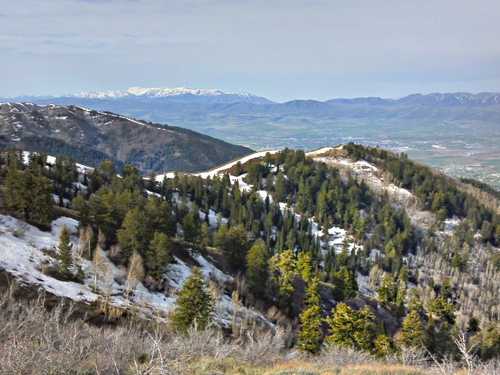 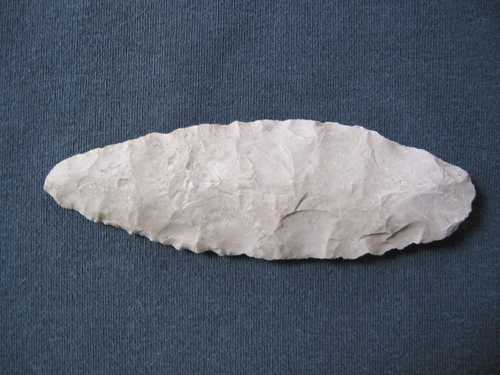 Every year we find various tools along the route. This year was no different: Scott quickly picked up a nice multi-purpose tool along the Providence Canyon jeep trail above the quarry, and I soon found a 10 mm box/open end wrench. But in the end, I trumped Scott in the ‘found tools’ department. Late in the run as we were coming down the Welches Flat jeep trail, Scott, Tyler, and Ryan stopped to get water at Welches spring just below the trail. As we were leaving the area, I stepped over a strange object in the wheel track on the main Welches jeep trail. When I turned back to examine it, I discovered it was a 4 1/4 inch by 1 3/8 inch knapped chert point—most likely an ancient (Fremont ???) Native American knife. Very cool!!! (Reluctant to leave something this important on the jeep trail, I carefully carried it out with me. After shooting a number of good photos, I’ve turned it over to the Forest Service for further study/analysis.) Scott and I have run this trail dozens of times, and both the Logan Peak Trail Run (120 runners/yr) and the Bear 100 (200 runners/yr) follow this route. So this knapped chert point has to have appeared (frost heaving or spring glacial transport) some time between last fall and now. Maybe this find means Caballo Blanco truly was running with us in spirit.